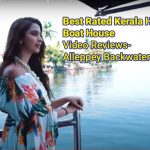 Alleppey, the charming place is the hub of Kerala’s backwaters and it is a huge network of backwaters and more than thousands of houseboats. The houseboats are the reconstruction of old version of theKettuvallams of olden times. In the olden days, kettuvallam or boat with a thatched roof that covers wooden hulls was used to carry goods. Today the traditional kettuvallam is used … END_OF_DOCUMENT_TOKEN_TO_BE_REPLACED 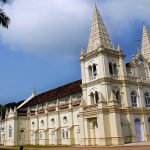 St. Thomas, one of the Apostles of Christ,  is believed to be the founder of the Christian religion in India in CE 52.  After the conversion of Christianity, many churches were built in Kerala.  Kerala is the home of world-renowned churches. Kerala has a number of beautiful churches. Christian Churches developed a culture and a lifestyle, which though distinct, were closely … END_OF_DOCUMENT_TOKEN_TO_BE_REPLACED 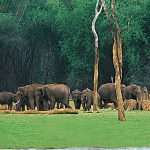 Thekkady is a paradise for nature and wildlife lovers. Its cool climate, scenic vistas, lush greenery, and the exotic wildlife sanctuary makes Thekkady one of the best tourist destinations of Kerala.   There is a lot to do and see in this beautiful destination and there is no end to the fun and adventure in Thekkady. 1. Periyar wildlife sanctuary  Photo credit: Wikipedia- … END_OF_DOCUMENT_TOKEN_TO_BE_REPLACED 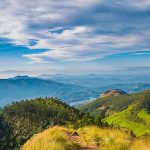 Munnar is one of the most popular hill stations in Kerala. Sloping blossoming green tea and coffee plantations, winding undulating path, gushing streams through the hillsides, numerous tea museums and breathtaking views make Munnar a heavenly place. Munnar is one of the important tea plantations in India. The spectacular land gives a rejuvenating and peaceful atmosphere. Many … END_OF_DOCUMENT_TOKEN_TO_BE_REPLACED 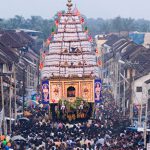 Kerala is well known for its rich cultural heritage and tradition. Kerala is the land of many festivals.  Diverse forms of performing arts and culture are part of these festivals. Some of the important festivals are 1.  Onam Onam is the state festival of Kerala.  Every one celebrates Onam irrespective of their caste or religion. The legend of Onam is that the great … END_OF_DOCUMENT_TOKEN_TO_BE_REPLACED